Fliegl puts quality products for construction and haulage and freight transport on the road. For more than 30 years, the company has been developing and building commercial vehicles according to aspects of safety, economy and flexibility. With a complete product range, Fliegl is successfully represented on the entire European market.

Fliegl produces large series as well as special transport solutions according to individual customer specifications. As one of the few manufacturers with such a variety of products, Fliegl is able to deliver both standard and special vehicles quickly and reliably. You can find out how this came about here:

From newcomer to green trendsetter: Our family business

Connoisseurs of corporate structures will be happy to confirm this: Family businesses are characterised by particular stability in the market. Perhaps it is because "too many cooks spoil the broth". Short decision-making processes, which are pursued with full conviction, the greatest possible verve and a self-responsible willingness to take risks, are the guarantees that we will be at your side as a firm partner for many years to come. The history of Fliegl-Trailer begins in the turbulent time after the reunification of Germany.

1991: In Triptis, an agricultural reconditioning plant regenerates axles and steering systems. Josef Fliegl, an entrepreneur from Bavaria who successfully builds agricultural trailers, and his son Helmut rely on Thuringia's strategically favorable location. They take over the LIW from the Treuhand, but business turns out to be difficult: the ownership structure in the agricultural sector is often unclear, in some cases there are functionaries who block free trade, and the Triptis plant is in the red. In September Josef Fliegl has to act - he sends his son to Thuringia. For the only 22-year-old and his girlfriend Margit (19), who accompanies him, this step means saying goodbye to their Bavarian home, but they accept the challenge.

Helmut Fliegl encounters different reactions in Triptis: "Suddenly there was a youngster from the West, telling us where to go and sweeping with an iron broom." In the first months, 100 jobs are eliminated, the demands on the employees increase, but Fliegl Junior also lends a hand himself.

The challenge: New goals with structures

July 15, 1991 was the biggest milestone. The Landwirtschaftliche Instandsetzungswerk was taken over by the Treuhand and Fliegl Fahrzeugbau GmbH was founded. Leaving the Bavarian homeland was one of the most difficult, but also most important steps for Helmut and Margit Fliegl until today.

The further steps in commercial vehicle manufacturing turned out to be no less difficult. Fliegl - as a newcomer in the industry - was also treated as such. Attempts to purchase components from well-known manufacturers failed. Via dealers and Fliegl Agrartechnik, it was finally possible to obtain appropriate supplier parts and to build trailers. The first trailer to leave the Triptis yard was a white tandem drop deck trailer.

Already in 1992 the breakthrough was achieved: With the construction of the first straight lowbed trailer, which could load construction machinery, pallets or containers. Thefirst innovation was born, for the first time we were the first. At first Fliegl was ridiculed by the competition, but shortly afterwards it was copied. From now on, it was one after the other. Many more innovations followed. For example, the combi trailer for waste disposal - still aFliegl original today. In the mid-90s, large competitors suddenly disappeared from the market. And in Triptis? Here with us, construction and development continued. The first platform semitrailers and container chassis were manufactured and from then on belonged to the product range.

1996 - 2010: Acceptance on the market and top quality in series production

The call for expansion

With the steadfastness and grounding of a family business and continuously optimized products, Fliegl has established itself at the top of the industry. With in-house designs came experience. With experience came self-confidence. Fliegl feels acceptance on the market and is taken seriously until today. Fliegl has made it to the top 10 commercial vehicle manufacturers - the number of units is going up.

In 2005, the course was set further towards the future. With the opening of Plant II, directly on the A9 motorway, Fliegl considerably expanded its capacities in large-scale production. Since then, flatbed and curtainsider semi-trailers, container chassis, walking floor vehicles and tipper trailers have been coming off the production line every day in one of the most modern trailer plants in Europe. With the construction of the new plant, the topic of sustainability also became part of Helmut Fliegl's activities. Through the use of photovoltaic systems and CHP units, Fliegl suddenly produced its own electricity, three times as much as it consumed. For years Fliegl has been feeding electricity into the public grid.

2008 was the year of crisis in the commercial vehicle industry. But contrary to slumping sales and turnover figures, Fliegl profits in retrospect. Due to the loss of many competitors, Fliegl positioned itself more and more in the market and gained larger market shares. Although the market slump naturally also hit the young Thuringian company very hard. During this time, Fliegl presented, for example, the first Vario Kipp chassis with container shifting, the sixfold load securing certified construction steel mat semi-trailer and the COMPACT Coni light, a two-axle semi-trailer tipper.

Qualitatively on a level that is top in the industry

Fliegl emerges stronger from the crisis. Its sustainability strategy is becoming more and more present. Continuous developments, a multitude of innovations and the green footprint and tyre footprint (thanks to a consistently positiveCO2 balance) have made Fliegl what it is today: firmly established in the market and an indispensable part of the industry. A successfully growing and expanding commercial vehicle manufacturer, throughout Germany and Europe. And yet grounded and down-to-earth. A family business with drive, inventiveness and entrepreneurial courage.

Since 2014: Steady growth and expansion

In 2014, Fliegl took the next step towards modernization and founded the Fliegl Metal Fabrication, Fliegl MF. This laid the foundation for in-house robotization in Triptis. With this, Fliegl consciously works against the trends of outsourcing and relocation of production abroad. By using the latest technology, more than 2500 different metal parts have been produced since 2014. The in-house production allows even filigree adjustments for the benefit of product and processing quality.

In order to not only develop technically, but also to expand in Europe, Helmut Fliegl took the opportunity to acquire the Austrian vehicle manufacturer Hangler. The traditional company Hangler, located in Pramet (Ried im Innkreis) in Upper Austria, was founded in 1930 as a wainwright's shop and has achieved a top position among the commercial vehicle manufacturers in Austria. As a new member of the Fliegl group of companies, Hangler appears as an independent brand and also as a premium brand under the umbrella brand Fliegl. The trailers and semi-trailers made in Austria will continue to be produced in Pramet.

In 2018, Fliegl took over the Bosnian company strolit. d.o.o., which manufactures some frames for trailers and semi-trailers using state-of-the-art welding techniques and works hand in hand with the Fliegl design department. The course is thus set for further but healthy growth throughout Europe.

Founded in 1991 and an integral part of the European commercial vehicle industry for 30 years - that is the balance Helmut Fliegl can proudly draw. A multitude of innovations, which have developed to today's world standard, come from the Thuringian house of Fliegl. Fliegl is one of Europe's top 5 commercial vehicle manufacturers and has established itself as a force to be reckoned with. What now?

What should the future look like? Helmut Fliegl has very concrete ideas for this: "More than 300 million turnover per year should be manageable without expanding our capacities. I am not interested in growth at any price, we want to grow - but with substance, in order to secure our high quality standard. Another goal is complete financial independence, which is already within reach. Of course, we also want to remain a reliable employer for demanding personnel in the region - for people who want to build something for themselves and their families. And I think that my children will also pursue these goals and take over the company at some point." 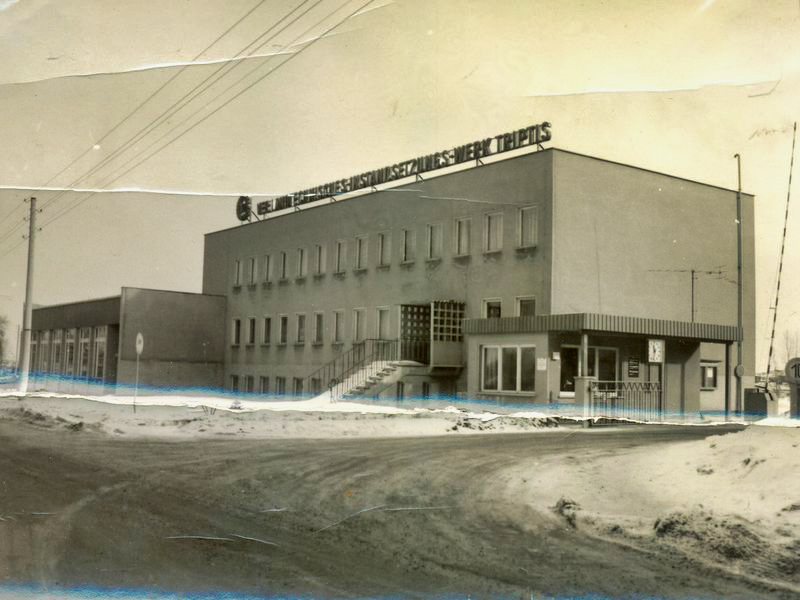 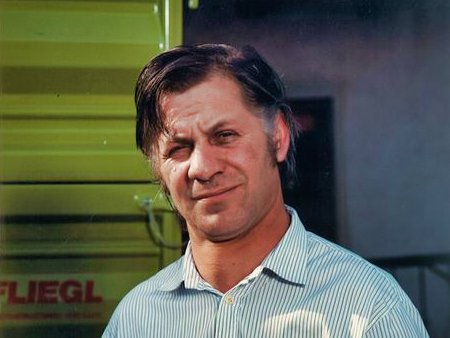 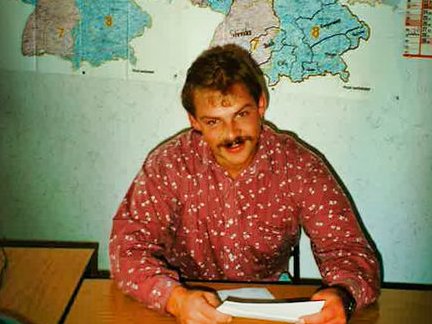 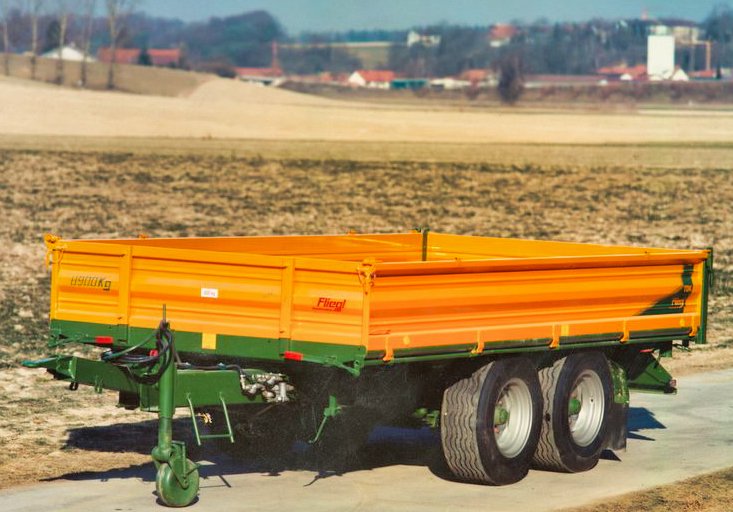 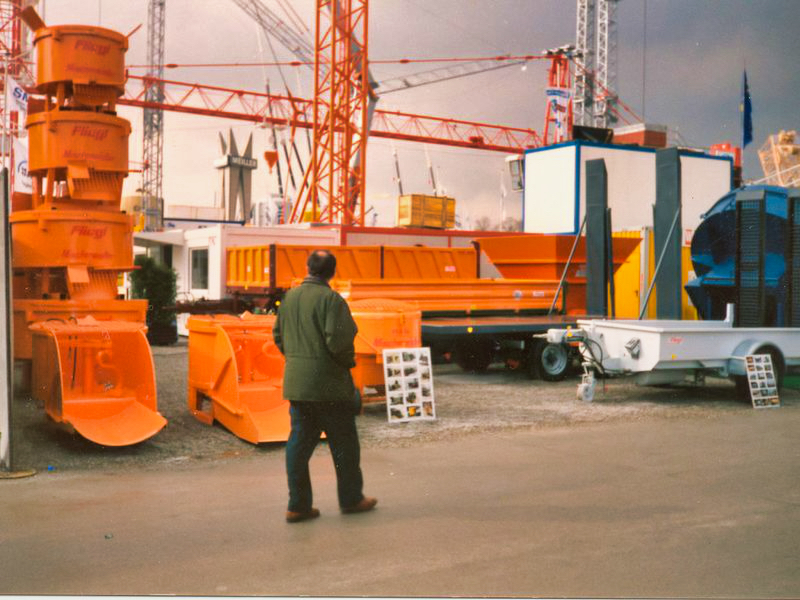 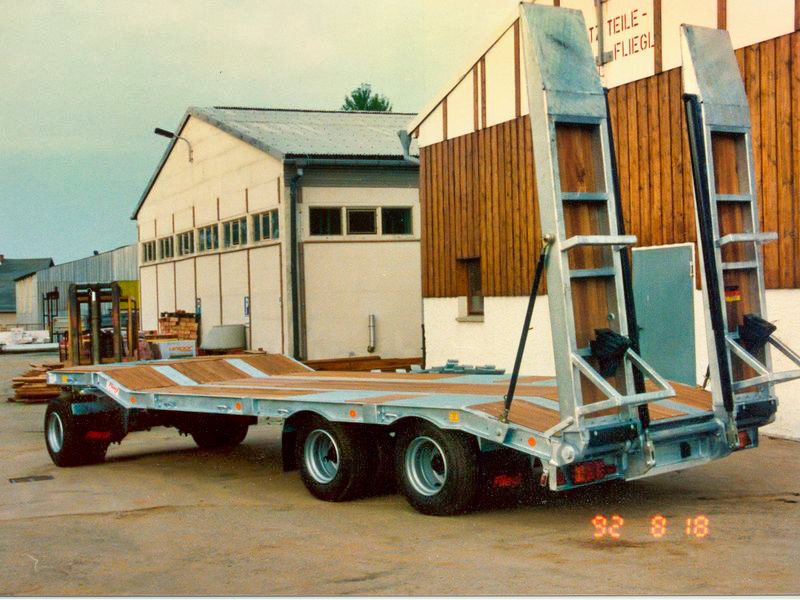 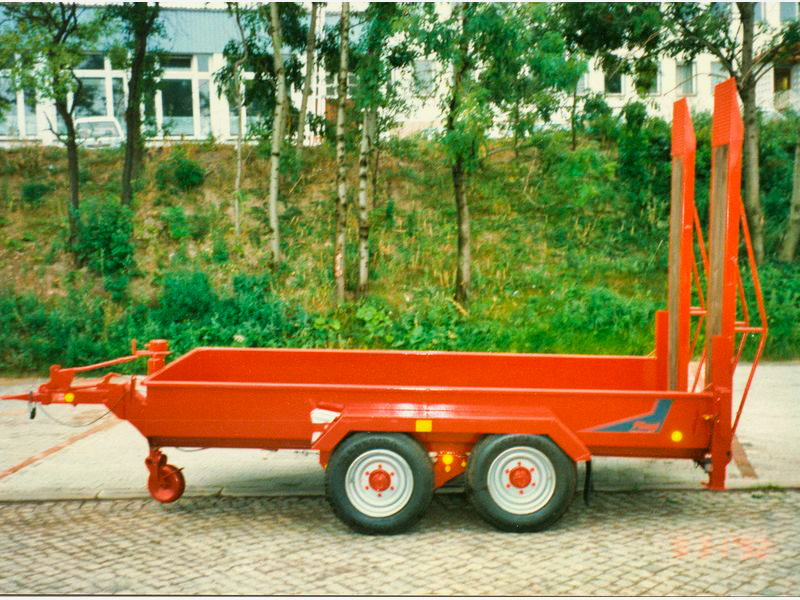 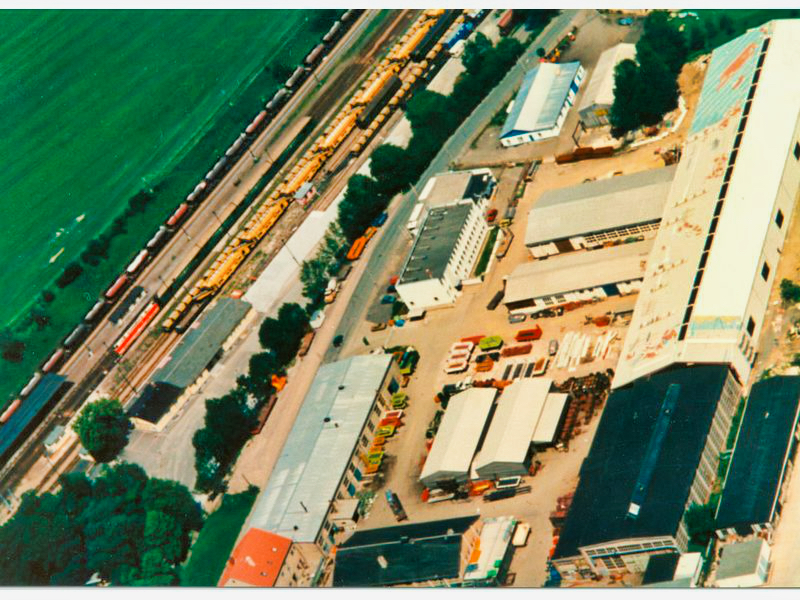 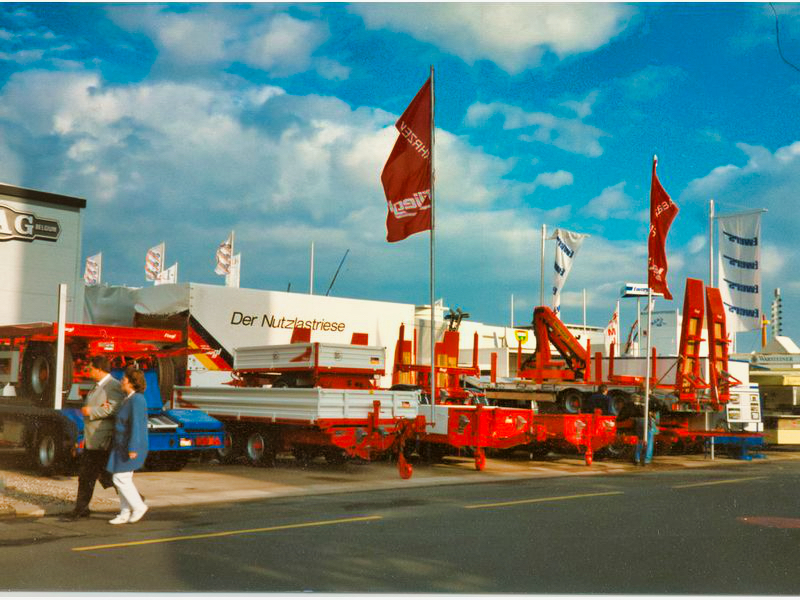 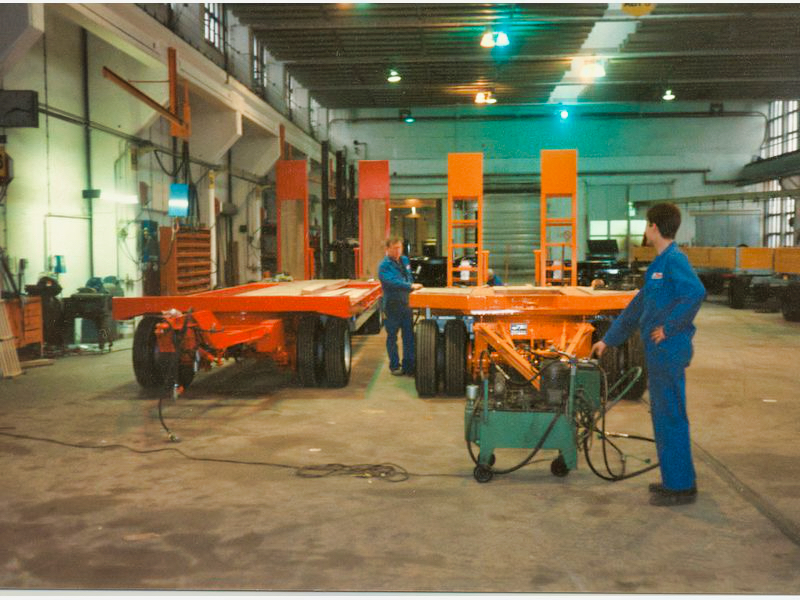 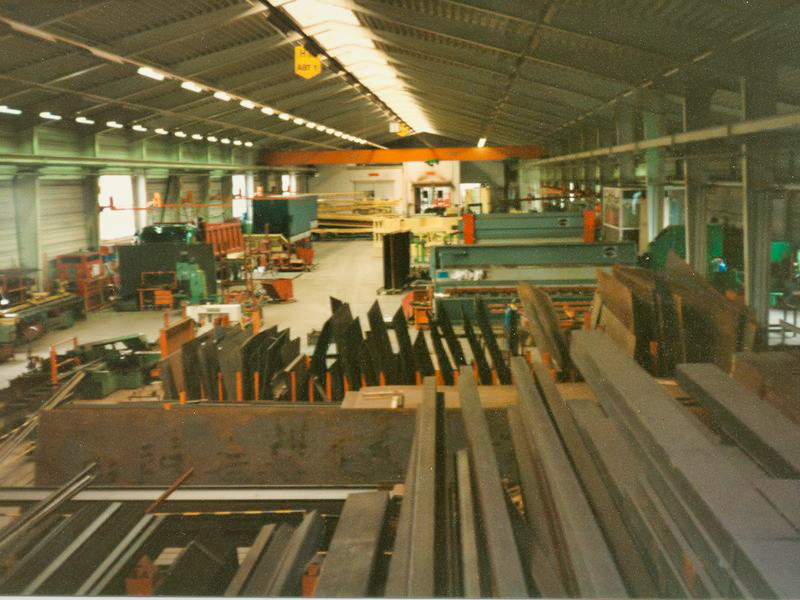 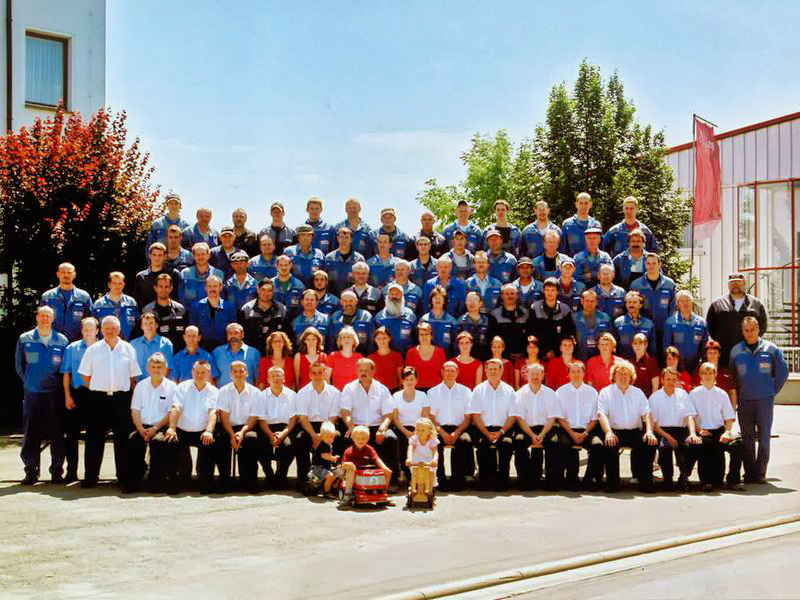 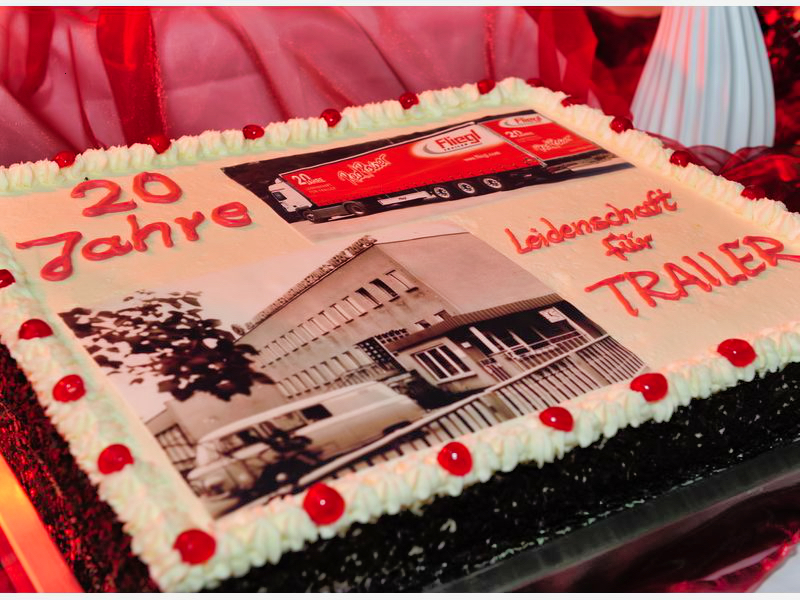 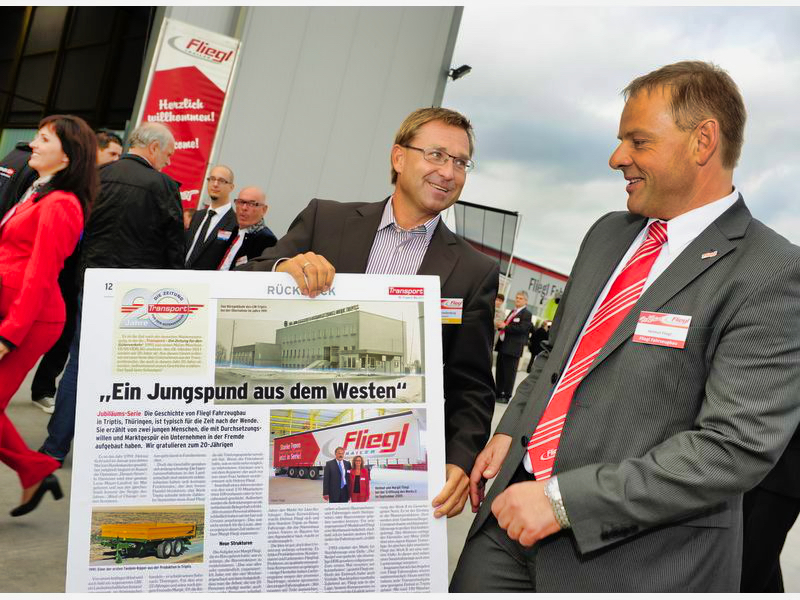 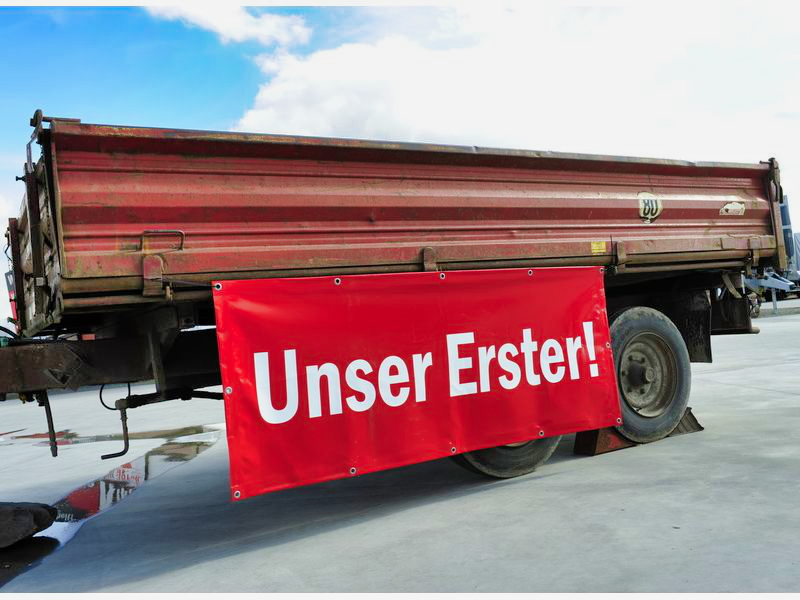 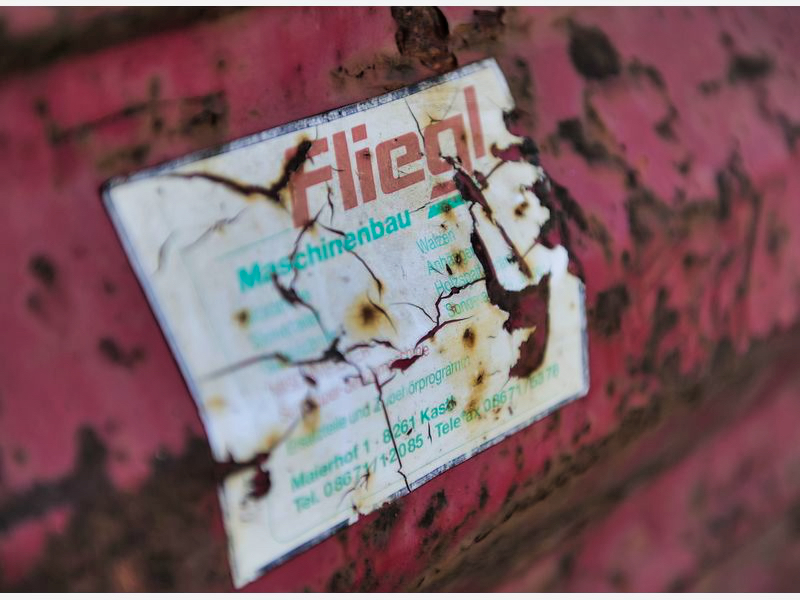 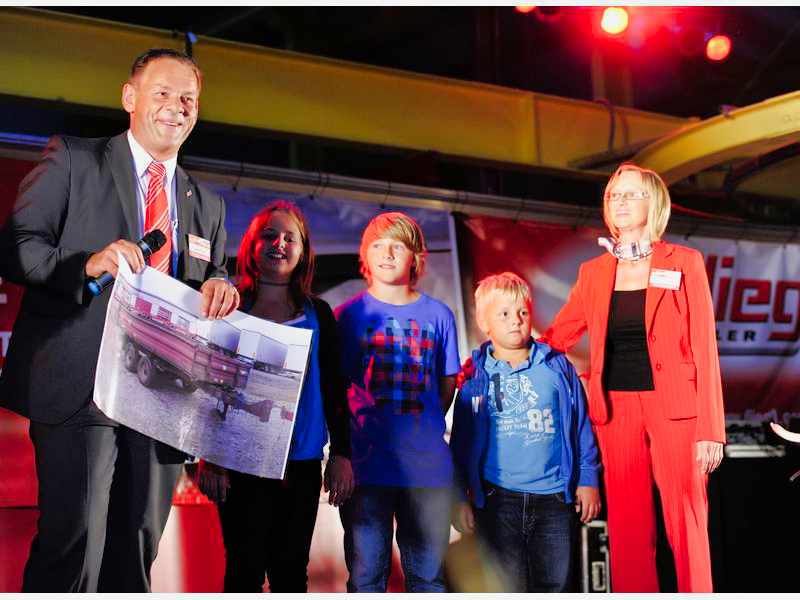